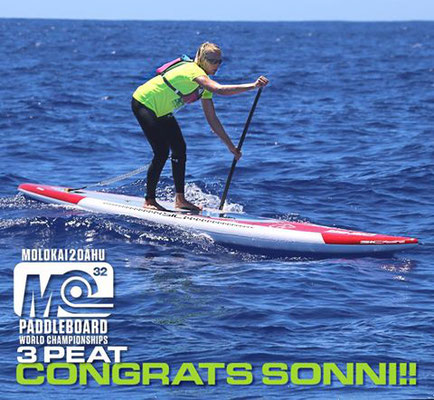 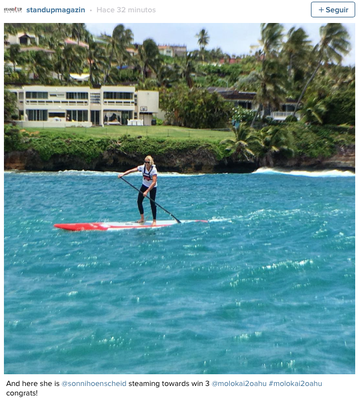 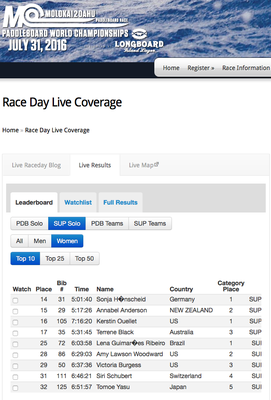 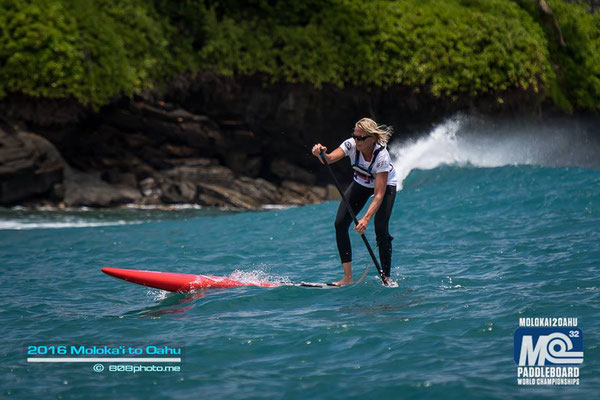 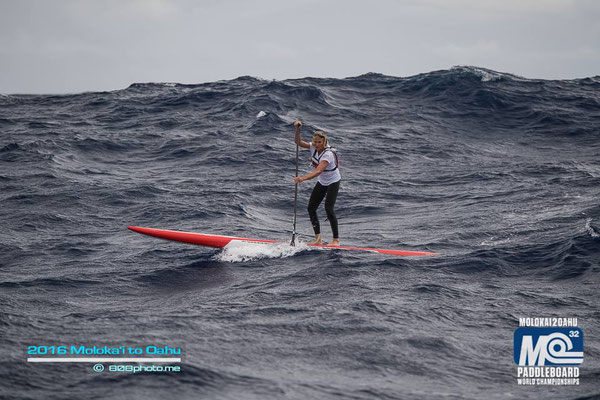 In the women’s, two-time defending champ Sonni Hönscheid overpowered world number one Annabel Anderson to claim her third straight M2O title and reinforce her status as the Queen of the open ocean. No other stand up paddler has ever won three Molokai crowns in a row.

Sonni and Annabel enjoyed a close battle in the opening half of the race, however the two-time defending champ’s superior expertise in these conditions helped her pull ahead over the second half of the 32 mile crossing. Annabel was originally set to race on her 14 footer but made a late decision during the week to go unlimited.